Home » Medicine and the Body

A new collection of essays I edited, Sexology and Translation: Cultural and Scientific Encounters Across the Modern World (Temple UP, 2015) shows that the emergence of modern sexuality was a global phenomenon.

The book examines the contemporaneous emergence of sexual science in Europe, Asia, Peru, and the Middle East between the later nineteenth century and the period leading up to World War II. It brings together literary and cultural scholars, historians, sociologists, and political scientists whose contributions cover topics ranging from the history of frigidity to ‘third sex’ culture in 1920s Berlin and the development of the sexual sciences in Russia.

Many of the contributors first met at an international, Wellcome Trust funded symposium I organized in 2012. The event was prompted by the realization that while we know that many of the founding texts of the sexual science in nineteenth-century Europe were multilingual as well highly intertextual, we still know relatively little about the global travels of ideas and people that shaped modern sexual debates.

For example, Richard von Krafft-Ebing’s Psychopathia Sexualis, a founding text of modern sexology first published in German in 1886, is famous today because it popularized words such as homosexuality, sadism, and masochism. Krafft-Ebing and his contemporaries drew inspiration from literary and scientific works to coin this new vocabulary. Sadism, for instance, was indebted to the books of the Marquis de Sade. A new project led by Kate Fisher and Jana Funke at Exeter University examines the cross-disciplinary ‘invention’ of sexuality.

Sexology and Translation in turn explores the textual and interpersonal avenues of exchange by which sexual ideas migrated across linguistic and cultural, as well as disciplinary, boundaries. Psychopathia Sexualis, for instance, was translated into a host of other languages including English, French, Dutch, Italian, Russian, and Japanese. Within the German text itself, Krafft-Ebing rendered sexually explicit passages in Latin, ostensibly to make them inaccessible to lay readers. That this strategy was unsuccessful is indicated by the proliferation of literary and cultural references to Psychopathia Sexualis – Radclyffe Hall’s novel The Well of Loneliness (1928), the trial of which prompted the first public debates about lesbianism in England, mentioned both Krafft-Ebing and his legal predecessor Karl Heinrich Ulrichs. The Well of Loneliness was itself prefaced by a foreword written by English sexologist Havelock Ellis, indicating the close, albeit complex, links between literary and sexological cultures at the time.

Images such as the photograph of the man in a pink tutu, which was found in Krafft-Ebing’s estate, further reinforce that the development of sexology was not constrained solely to the scientific realm.

The collection examines the processes by which ideas were formed and transmitted across the modern world. It deliberately uses the formulation across the modern world – in place of, say, transnational or global history – to define its scope. This is not to deny the usefulness of either of these critical perspectives – a summer institute on the global history of sexuality at Dartmouth College has shown that much is gained from framing the research in these terms. However, the collection’s subtitle seeks to emphasize the queer allegiances of the work presented here. The word ‘across’ – which can be defined in terms such as ‘not straight’, ‘askance’, and ‘at odds’ – resonates with the ‘traversing’ and ‘twisting’ which, in Eve Kosofsky Sedgwick famous observations, is a conceptual characteristic of ‘queer’.

This association fittingly describes the aims and scope of the book. For while only some of the chapters directly engage with queer theory, all of the contributors look across boundaries, glancing sideways, backwards, and ahead as they expose the similarities in the way sex came to be discussed across different parts of the world between the 1880s and the 1930s.

Some of the chapters analyze the translations of certain sexological texts, revealing, for instance, that Psychopathia Sexualis was selectively adapted by the American anarchist John Henry Mackay to support a pro-homosexual stance; that the modern German concept of love is indebted to literary translations of Darwin’s evolutionary theory; and that the Japanese feminist movement found inspiration in the ideas of the English poet and reformer Edward Carpenter.

But the book also shows that translation is not merely a name for the one-way traffic of ideas. Where many previous studies have focused on the emergence of sexology in central Europe, several contributors here chart the coeval emergence of sexual science on the borders of Europe and beyond, discussing sexual debates in Russia, China, Egypt, Palestine and Peru.

This scholarship complicates assumptions that sexological ideas were transmitted from Europe to other parts of the world. For instance, the chapter on feminist debates in Peru shows that inward-looking debates about society were at the heart of gender debates on the nation. The essays on Chinese sexology in turn suggest that it was competing indigenous and international influences that shaped modern ideas about sexuality in that country. One of these essays further considers how ideas about China informed European views on sexual history. It reveals that Foucault’s arguments about the Eastern ars erotica were derived from a scholarly misreading of Chinese sexual culture, which, via, Foucault, was transmitted back into Western culture and thus became influential in the way Western scholars historicized sex.

My own contribution on the writings of Jewish sex reformer Magnus Hirschfeld indicates that attention to translation between languages can also offer glimpses at the elusive evidence of past emotions and the circumstance in which they are formed. Hirschfeld is best known today for his homosexual rights activism, sexual intermediaries theory, (which is considered an early conceptualization of trans) and his founding of the Institute of Sexual Science in Berlin. I found that he was also a chronicler of the suffering of women and men who were attacked and ostracized because their bodies and desires did not conform to social norms and expectation. He mentions, for instance, the experience of a man from Philadelphia whose doctor had told him that homosexuals should ‘better commit suicide’. Hirschfeld includes these devastating words in English in the German text, bracketing them to distance himself from the incitement to suicide – even as he alerts readers to the complicity of certain medical discourses and certain doctors in perpetuating violence against homosexuals

It was this passage that first alerted me to Hirschfeld’s little discussed writings on homosexual suicide, writings which reveal that death and suffering as much as affirmative politics and cultural production shaped the emergence of modern queer culture.

Sexology and Translation: Cultural and Scientific Encounters Across the Modern World is full of new research that shows that new critical and scholarly insights can be found in translation. In the short time since its publication, I have already been contacted by several people who work on the emergence of modern sexual sciences in parts of the world not covered by this project. The book is thus also a beginning, the start of an ongoing dialogue about the history of sexuality. 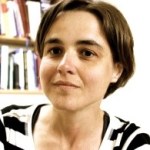 Heike Bauer is a Senior Lecturer in English and Gender Studies at Birkbeck, University of London. She has published widely on the history of sexuality, nineteenth and twentieth century literary culture, and on translation. Her books include English Literary Sexology, 1860-1930 (Palgrave, 2009), the 3-volume edited anthology Women and Cross-Dressing, 1800-1939 (Routledge, 2006), and the edited collections Queer 1950s: Rethinking Sexuality in the Postwar Years (Palgrave, 2012, with Matt Cook) and Sexology and Translation: Cultural and Scientific Encounters Across the Modern World (Temple, 2015). She recently co-edited with Churnjeet Mahn a special issue of the Journal of Lesbian Studies on “Transnational Lesbian Cultures”, and is currently completing the AHRC-funded study A Violent World of Difference: Magnus Hirschfeld and the Shaping of Queer Modernity. Heike tweets from @Heike_Bauer

NOTCHES: (re)marks on the history of sexuality is licensed under a Creative Commons Attribution-NonCommercial-NoDerivatives 4.0 International License.
Based on a work at www.notchesblog.com.

For permission to publish any NOTCHES post in whole or in part please contact the editors at NotchesBlog@gmail.com