Historical studies of sexualities in Central and Eastern Europe (CEE) remain scarce. Researchers from the region, as well as other parts of the world, however, are increasingly uncovering both the regional commonalities and local specificities of how diverse sexualities were lived, policed and represented in CEE, the area stretching from Austria and Germany in the west to regions of Russia in the east, and from the Baltic in the north to the Balkans in the south. Recently, some of the most exciting work on the subject was presented at an interdisciplinary conference, ‘Sex and Sexuality in East-Central Europe, Past and Present’, organized by Agnieszka Kościańska, Anita Kurimay, Kateřina Lišková, Hadley Z. Renkin and Eszter Timár at the Department of Gender Studies at Central European University in Budapest in October 2015. While many papers discussed CEE sexualities in a contemporary context,  I will only report on those that were historical in nature.

One of the most common themes to emerge during the conference was socialist states’ surveillance and oppression of same-sex desires and acts. Researchers working on different national cases observed a common practice across the region of registering male homosexuals under state socialism (see, for example, the operation Hyacinth in Poland). Drawing on still not easily available and often incomplete court archives, Roman Kuhar, Judit Takács and Tamás P. Tóth analysed how the authorities in state-socialist Hungary and Slovenia criminalized the offences of so-called ‘unnatural fornication’, employing either moralizing discourses, which referred to a ‘socialist way of social living together’, or pathologizing discourses, which conflated homosexuality with illness. On the same topic, Johann Kirchknopf presented on Paragraph 129 of the Austrian penal code, in effect between 1852 and 1971, which prohibited acts of  ‘fornication against nature with persons of the same sex’. Interestingly, Austria was one of the very few countries at that time that criminalized not only male, but also female same-sex acts.

Analyses of the (re)presentations of homosexuality and gender non-conformity constituted another popular theme of the conference. Mathieu Lericq showed how films produced in East Germany and Hungary, such as Another Way (1982) and Coming Out (1989), attempted to break the taboo on homosexuality by making it the central rather than the marginal theme of the films. Representations of sex change, cross-gendering and androgyny in the fiction of Isaac Bashevis Singer lay at the heart of Aneta Stępień‘s talk. She argued that Singer, by writing about characters whose genders are ambiguous, employed the strategy of ‘queering’ the past of Eastern European Jews as well as Yiddish literature, which, according to Singer, too often focused instead on the theme of  ‘a girl whose parents wanted an arranged marriage while she really loved someone else’. Additionally, other participants discussed the self-presentation practices of homosexuals under state socialism, and their contributions to queer history, particularly in Poland (Karol Radziszewski, Łukasz Szulc), the Czech Republic and Slovakia (Jan Seidl). A Polish artist, Karol Radziszewski, presented a fascinating project, ‘Kisieland’, which brings to light several hundred homemade transparencies depicting homosexual eroticism in Poland during the 1980s, created by a Gdańsk-based activist, Ryszard Kisiel.

In addition to issues related to homosexuality, other sexualities and practices, especially those of women and children, were also addressed. Regarding women, Zsófia Lóránd analysed the patriarchal depictions of female sexuality in sex education books, as well as women’s health advice books in Yugoslavia. She also discussed the emergence of various counter-discourses initiated by the new Yugoslav feminism of the 1970s. During the same session, Barbara Havelková examined how academic and legal experts in Czechoslovakia reacted to the persistence of prostitution during state socialism when the Marxist-Leninist ideology predicted that it should disappear with the overthrow of capitalism. Interestingly, she concluded that the blame for this persistence was attributed to all Czechoslovak women: ‘Women in prostitution were condemned for their sexually promiscuous behaviour while all women were blamed for failing in their gender roles as good women, wives and mothers’. Anna Borgos and Zsuzsa Bokor both focused on the medical discourses about particular groups of women. While the former analysed the representations of lesbians in medical and psychological publications in state-socialist Hungary, the latter examined the connections between prostitutes and venereal diseases created by medical institutions in interwar Transylvania. Both presenters pointed out that these discourses were morally loaded and (re)created state-socialist gender norms and family ideals.

Regarding children, Peter Apor presented a number of criminal records and court files on child abuse in state-socialist Hungary. He explained that treatment was confined to the child’s physical body, while the emotional consequences of abuse were hardly considered. Piotr Perkowski, in turn, examined several movies produced in Poland in the late 1960s and the early 1970s, such as Seksolatki (1972), Szklana Kula (1972) or Trzeba Zabić Tę Miłość (1972), which attempted to approach the topic of adolescent sexuality in a less paternalistic and moralizing way, that is, from the perspective of young people.

The two keynote talks were particularly thought-provoking. In the first, Joanna Mizielińska examined power relations between Anglo-American and Eastern-European scholars, calling for the de-centring of Western sexualities. She asked, for example, why reviewers of Western journals continuously require that CEE authors provide ‘key’ Western references, even if these authors do not necessarily find them ‘key’ to their own work. In the second keynote, Josie McLellan drew on the geographical concept of ‘scale’ to interrogate methodological units in historical studies of sexualities. Presenting her work on gay men and lesbians in East Germany, McLellan did not limit herself to the scale of nation or country but managed to go beyond methodological nationalism and extended her analysis to such units as body, home, street corner, city and ultimately, the world. Her multi-scale approach resonated well with the transnational historical study of Kate Davison on the sexual geopolitics of the Cold War in Australia and my own research project on the information flows between Polish and Western activists in the 1980s.

The conference finished with a round-table discussion on ‘finding a future in academia’, during which participants discussed the need for more historical research into CEE sexualities. We also addressed the position of CEE scholars of sexualities vis-à-vis national academic cultures that are often still sexist and homophobic, on the one hand, and an Anglo-American academic system that often remains ethnocentric and ignorant of scholarship beyond its own borders, on the other. Events such as this conference were praised for providing CEE scholars of sexualities with the much needed space to exchange knowledge and establish networks without being marginalized. One may only regret that the conference did not attract any scholars working on histories of sexualities in countries to the east of Poland, such as the Baltic states, Belarus, Ukraine and Russia. More work is yet to be done to encourage and include CEE scholars of sexualities in more eastern regions. 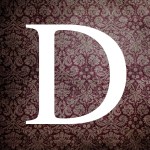 Notches Dispatches are submissions from our readers that offer critical accounts of conferences, symposia, and workshops in the history of sexuality. They provide insights into the most current activities and events in the field. Interested in writing a dispatch? Send an email to NotchesBlog@gmail.com

NOTCHES: (re)marks on the history of sexuality is licensed under a Creative Commons Attribution-NonCommercial-NoDerivatives 4.0 International License.
Based on a work at www.notchesblog.com.

For permission to publish any NOTCHES post in whole or in part please contact the editors at NotchesBlog@gmail.com